Hey there guys! Long time no write – I’ve been glued to my TV watching the Olympics the past week or so, and haven’t really been keeping up on my reality TV.  I haven’t even watched Bachelor in Paradise! I had been putting pressure on myself to watch and recap but I’ve decided to take the pressure off. The Summer Olympics come around once every 4 years, and we’re really lucky that many of the events have been able to be shown live on the East Coast. I haven’t decided if I’m going to go back and recap the finale of JoJo’s season (which I watched not super closely with some girlfriends and wine, a decision that makes it harder to recap but I don’t regret at all) or Bachelor in Paradise, or just take a break until the next season of the Bachelor. This space is still small and evolving, so please bear with me as I figure it out. 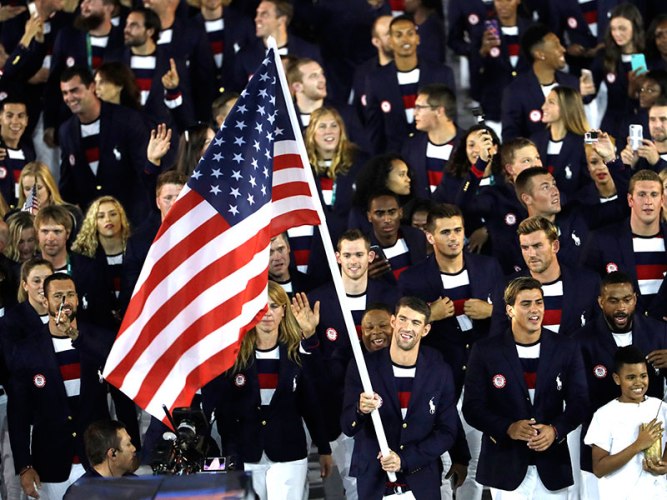 As mentioned above, I LOVE the Summer Olympics. I was a competitive swimmer for 10 years growing up, so I’ve been particularly caught up in swimming. I wanted to share my favorite moments/stories from the first week of the Olympics:

1. Many people are calling Simone Biles (her haul so far – three golds with finals in the balance beam and floor coming up) the breakout star of Rio, but I was more enthralled by Aly Raisman’s story coming into Rio. At 22, Aly is the “grandma” of Team USA, as well as one of two returning members from the 2012 gold medal winning Fierce Five. In 2012, Aly was kept off the podium in the all-around competition due to the Federation of International Gymnastics’ tie-breaking rules (read the explanation here), giving Aliya Mustafina the bronze. Coming into Rio, Aly would have to beat out both Simone Biles, who is regarded by most as the best gymnast to ever live, and Gabby Douglas, 2012 gold medalist in the all-around, as only two gymnasts from one country may compete in the all-around. Gabby had struggled through the US trials, but a champion is never one to be taken lightly. During qualifications, Aly put up a score of 60.607, besting Douglas by less than half a point, and giving her the opportunity to once again vie for the all around medal.

Going into the final rotation of the all-around finals, Aly was sitting in bronze medal position behind Simone Biles and Aliya Mustafina by about one tenth of a point. Mustafina put up a sub 14 score on the floor right before Aly performed, giving her the ability to take the silver by competing on her best apparatus.  Aly NAILS her floor routine, complete with this awe inspiring first pass, and guarantees herself the silver medal.

Full disclosure, I watched this on my second monitor at work, and was definitely tearing up watching her achieve her dream. To finish a routine and just KNOW that you have won, has to be such an overwhelming feeling. I’m so proud of Aly and the entire women’s gymnastics team.

2. Although this team hasn’t been as dominant as expected, Team USA’s Men’s Basketball team has been really fun to follow. With many of the NBA’s biggest stars opting out of Rio (I’m looking at you Steph, Lebron, and Russ), we’re left with an eclectic group of Olympic rookies (plus KD and Old Man Carmelo).

The fun started even before getting to Rio with this rousing rendition of ‘A Thousand Miles’.

The guys have really been enjoying themselves in Rio, going to “spas“, roasting each other for their Snapchat indiscretions, and enjoying all the other athletes the Olympics have to offer.  So far, I’ve seen them cheering on Michael Phelps and Katie Ledecky, singing ‘Happy Birthday’ to Kerri Walsh-Jennings, and witnessing the greatness that is Usain Bolt.  I think they might love beach volleyball the most though. Just look at Draymond with that flag and Jimmy dancing with his cup.

If you want to keep up with any of their shenanigans, follow them on Snapchat. Draymond Green: @money23green, Harrison Barnes: @hbarnes40, Carmelo Anthony: @carmelokanthony.

3. Last but not least, the GOAT, Michael Phelps, is my favorite story of the entire Olympics. I honestly don’t even know if I can put into words how much I am in awe of his career, and how happy I am to see him finally happy and at peace with the pressure and exposure that comes with just being Michael Phelps.

I’ve followed Michael Phelps’s career since 2000, when I was 10 and still thought that I might be in the Olympics one day. He was a 15 year old phenom, taking 4th in his first Olympic final (Fun Fact: His son Boomer is closer to the age he was in his first Olympic final than the age Michael currently is now), and I wanted to be just like him. Even in 2008, when I knew my Olympic dream would never come to fruition, I still recorded every one of his record-breaking gold medal races in my childhood bedroom. The VHS tapes are still sitting there. I was disappointed when finding out about his DUI arrests, and proud of the work that he’s done to get himself back on the right track. After retiring, unhappy with the sport, four years ago, he was ready to make a comeback, one last time in Rio. And he proved that he’s still the very best.

I don’t know him personally, but the Michael Phelps I’m seeing is one that seems happy. He’s head-over-heels for his fiance Nicole, and his love for his son Boomer can be felt through a TV screen. He has a new life ahead of him, one that is focused on family instead of swimming.

So, thank you Michael. Thank you for inspiring hundreds of thousands of kids to wake up early on Saturday morning and jump in a cold pool. Thank you for making the sport I love cool for more than just one week every four years. Thank you for being the most dominant athlete of all time, and allowing us to witness it. Thank you.

Are you guys enjoying the Olympics? What are you looking forward to in the upcoming week? Let me know in the comments.